(This is the first report on the interview on “The War in the Cameroon” on July 18, 2021. With the number of views over 30,000 on 7 platforms, it is clear that this is issue is of great interest. For its entire recording, see  https://fb.watch/v/1Xu7uYhue/  or https://www.youtube.com/watch?v=HzK81pf3F0A)

During our interview, many questions were asked. A number of them caught my attention: the question of whether Ambazonia may not go the way of South Sudan; the question on the Black identity; and the question concerning harmonious existence of conflicting societies such as Rwanda, Nigeria, and Cameroon, whose case is that of two countries with one annexing the other. There was also a question on Pan-Africanism.

I want to take the opportunity to share my ideas with you on these issues.

I have observed a curious phenomenon with national football teams: they retain their fundamental pattern of play despite the fact that all players have been changed and the coaches have also changed! If you observe, you would confirm this! A people, too, tend to be like that. The people of Ambazonia, after leaving the Eastern House of Assembly in Enugu in 1954, ruled themselves excellently until 1961 when their country was annexed. They conducted free and fair elections in 1959 in which power changed hands without any fighting. This is a feat that hardly any other African country has been able to emulate. Thus even though that was a completely different generation from the Ambazonians of today, the phenomenon just mentioned applies: they have remained democratic and will continue to be tolerant and democratic as their Founding Fathers. The South Sudan scenario can be predicted not to happen.

I was taught that we learn to do by doing, which means that people do not learn to govern themselves until they begin to govern themselves. No colonized people learn to govern themselves by remaining under colonial rule. Annexation has no intention of letting go of the annexed people at any time in the future. It is a pure and simple armed robbery! It wants to suppress the people forever! The acquisition of skills that takes place even when the colonial master does not want it, cannot be considered as preparation for self-rule. No doubt, despite the centuries of colonial rule of Africans, once the colonial rule ended, everything descended to the level of the people before a new beginning could be found.

Thirdly, what is new about the South Sudan Civil war? Much older countries including America, the Soviet Union, Nigeria, Ethiopia, Spain, Yugoslavia, Libya, the two Congos, Liberia, Uganda, Mozambique, etc., have all had even worse civil wars. Why do we look upon that of South Sudan as the end of the world? Is it not a temporary breakdown of the state, just like in all these other cases? Did anyone suggest that these other countries that had civil wars should never have existed? No one can justly say that South Sudan has failed as if we are at the end of time. Stoking these fears blinds simple understanding of the facts that I am advancing here.

Fourth, it is not in the nature of any human being or any people to want to suffer at the hands of foreigners. Such suffering, real or perceived will be opposed. When human beings aspire to rule themselves, they are not saying that all will be a bed of roses. No. They are only aligning with their nature, which is to be self-determining! Whatever happens under one’s own will is more palatable than what happens under alien and foreign domination. Have you noticed that crimes committed by foreigners attract more anger than the same crimes committed by locals? Why? Because we always prefer to eat our own shit!

Even if a colonized people are set free and they fail, that is their own failure; that is their own act. They have a wonderful chance of learning from it. Would you rather eat your own shit or someone else’s shit?

The color of our skin is not a system of governance; it is not also a set of values. People disagree because they don’t have the same values or don’t agree on the system of governance. There is no way to build any state in Africa or elsewhere based on color. Europeans are not all in one state.  Africans can never be one state. Before the Whiteman came, Africa was not one state; it has never been one state. Each tribe was a sovereign state and so there were thousands of states in Africa. Some have continued to mislead by saying that the Whiteman partitioned and balkanized Africa.

No. The Whiteman reduced the number of tribal states in Africa, which were in their thousands, to the few states we have today. Each of these states has been indelibly imprinted with the mentality and system of governance of the colonial power. Those governed by the Spanish do not think like those governed by the French or the English. Each colonial power effectively created its own children in Africa! The children of Britain think along British lines; the children of France think along French lines and so on.

Tribes that were divided between different colonial powers can no more live in the same house: the Gambian and Senegalese cannot share the same state; the South African Zulu and the Mozambican Zulu cannot share the same state; Ambazonia and the Cameroon Republic cannot share the same state: their thinking on state affairs is too different. Not only that, our tribal values play almost no role in the modern state system. Thus when it is nothing to do with the state, the Gambian and Senegalese can speak their language, eat their food, dance their traditional dances together, and so on; but cannot agree on how to run the state. Within some of these modern states formerly ruled by one colonial master, there are still conflicts, as for example in Nigeria.

Such conflicts are not disagreements on the system of governance and state values, as for example between the Gambia and Senegal, but concern mainly power or feeling of being marginalized or economic inequality. A feeling of being perpetually excluded from power is enough to generate conflict.

The Black identity cannot, therefore, resolve the conflicts that divide Africa. We feel that identity not when we are among other Africans but when we are among other races. Our Black identity can help us to pull ourselves together and try to catch up with other races; it can challenge us to do better so as not to be ridiculed, but it cannot help us to solve disagreements among ourselves. Thus when two Black people or Black countries disagree, their color cannot offer a solution, unless it helps them to see that they are making a fool of their race before other races.

There are some who object to the Ambazonian quest for independence by saying that they are Pan-Africanists and do not want to see the breakup of Africa. This objection raises some fundamental questions: What are the values of Pan-Africanism? For Pan-Africanists, should states that are illegally occupying territories confiscate those territories for fear that ending the illegal occupation would break up Africa? Do the Pan-Africanists have a remedy for those whose territory is being illegally occupied? Are the values of Pan-Africanism the same as those of the African Union? Does Pan-Africanism support annexation and colonialism? Can a united Africa be built on annexation, colonialism and foreign domination, and subjugation of other Africans? What do Africanists understand by “breaking up” Africa? Do Pan-Africanists buy the theory of the respect of boundaries acquired at independence? If not, what alternative theory do they advance? According to Pan-Africanists, what is the model of governance that can peacefully merge African states into one, if that is their dream? For Pan-Africanists, are there any rules governing claims to territory or even the process of lawful acquisition of territory in Africa?

If we think of Africa as one big state that would never tolerate the existence of any other state in Africa, then we are doomed. Currently, there is no way to make children of different colonial masters agree on state matters; and their traditional systems play little or no role in state affairs. In big states where some groups feel marginalized or excluded, it is only a matter of time before they gain enough influence to question their fate. Once the questions start, conflict begins.

There is unity only in freedom! That freedom includes the right of self-determination for those who feel sufficiently alienated to want to form their own state. It can therefore be predicted with accuracy that the rule that the number of states in the world has always increased and will only increase will not fail. All our opposition to self-determination only ends up creating more and more conflict in the world. Let the world decide whether it wants peace in the world or whether it wants to prevent more states from coming into existence at the cost of more conflicts.

What is so holy about a state that conflict should be sustained for its sake rather than peace? States are not eternal and no one should try to make them so! The Ottoman Empire, Roman Empire, British Empire, and so on have collapsed. But they are not the only ones to suffer this fate, because states that succeeded them also harbor the seeds that brought the end of these empires.

The principles of the African Union, a Pan-Africanist organization, are clear. African integration is based on those principles. They condemn colonization; they uphold the respect of boundaries acquired at independence; they uphold the right to self-determination and so on. Let Pan-Africanism answer the questions we have posed above so that its colours may become clearer. 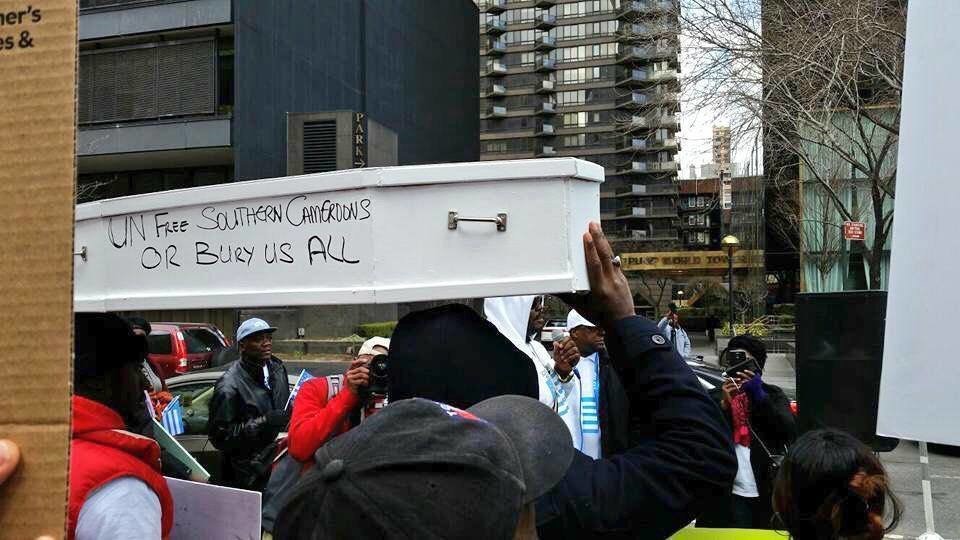 Meet the Olympians Representing Gambia at the Tokyo’s Summer Games