The Toyin Falola Interviews – A Conversation with Omoyele Sowore, Part 2

Omoyele Sowore: A President, A Prisoner, and A Promise

Leadership is an often-discussed term in theory, practice, criticism, and activism. However, the practice of leadership is the most difficult of all these phases. Criticism and activism are sister-acts in that they are both endeavors that seek to bring about change, although one requires less physical effort than the other. Any citizen who moves to support criticism and activism with affirmative action deserves double respect. The head of a nuclear family knows how exerting–physically, mentally, financially–it is to steer the ship of the household. What then shall we say of the head of a local government area, a state, or a country of over 200 million people?

Nigeria is a nation-state cursed with bad leadership. The bulk of the problems the country is facing can be tied to its crop of leaders. And despite the criticism and activism of some notable Nigerian activists and critics, their efforts have not translated to a sense to lead for change or a need to rise to the challenges in the country. In a time when people are better off as armchair critics and activists, Omoyele Sowore, one of Nigeria’s most vocal activists, has taken his agitation beyond the call for change. He has taken up the challenge to bring about the change he wants to see in Nigeria. When people write about Nigeria’s problems, they conclude that the problems are insurmountable. Some others believe that the youth need to rise to the task and take the mandate to solve Nigeria’s problems. However, it often never goes beyond the discussion level. Elections come and go, and we recycle the same set of leaders, with the same promises, nonsensical plans, and perhaps just a switch of political parties–from the All Progressives Congress (APC) to the People’s Democratic Party (PDP), or vice-versa. Two parties, the same people, and a singular ambition of converting politics to kleptocracy.

Omoyele Sowore has strived and continues to strive to get the people’s mandate. He is not new to governance, a change-propelling and people-focused form of governance. The earliest memories of Sowore’s stepping into politics come from his days at the University of Lagos. Yele, fondly called at the University of Lagos, proved that he got his mandate from the people–the students–and would, therefore, be loyal to those who trusted him with the mandate. He focused on advocating better students’ welfare, which cost him two added years as a student.

In the individualistic and lackluster nature of the average Nigerian in matters of public good and governance, many might have wondered why Sowore keeps surfacing in national news–leading protests today, advocating for a better Nigeria the next day, exposing the rot in the political class in Nigeria this evening, and calling for a revolution tomorrow. What these nonchalant Nigerians have failed to consider in all their disregard of Sowore’s genuine efforts is that activism and people-focused advocacy are innate for Sowore. These things are what flow in his veins. He has always been like that, never able to keep quiet in the face of oppression and continue rising to the occasion.

Omoyele Sowore has been advocating since the 1980s, and the 2019 RevolutionNow Protest was not his first major protest. Nigerians familiar with the nation’s political environment in the 80s and 90s would remember the protest of Nigerian students against the then government. This protest, which was ignited as a result of the leadership’s move to take over a $100 million loan from the International Monetary Fund, shook the nation and lighted a fire under the seats of government. In their typical repressive nature, the government arrested and tortured some of the students’ leaders, while some other protesters lost their lives to the cause. Clearly now, the planning and organization of the 2019 RevolutionNow Protest were not fueled by demands for personal gains or recognition but from an innate push to act.

For this founder of Sahara Reporters, an online news agency, activism can take different forms, and one which he has been deploying since 2006 is the use of the media. The press, and in some other cases, the media, is a powerful tool for change. It is a tool that is used in activism against repressive and backward governments. Sadly, this tool, especially the free press, often falls into the hands of the powerful–the nation’s leaders. Brown envelopes are shared, active and vocal journalists are bought over with assigned portfolios and a promise of never-before-seen wealth. Media houses are bought, and the unbuyable ones are clamped down. In other words, some media houses become technically powerless, as the bulk of their annual revenues comes from advertisements sponsored by the politicians against whose evil deeds they are expected to speak. It then becomes scary that the press, the known last hope for the masses, has been won over, leaving the country at the mercy of ravening wolves in the guise of politicians and national leaders.

In the face of these revelations, Omoyele Sowore founded the Sahara Reporters in 2006 as a media house whose sole aim is to look into, probe, and bring to public glare the corruption and shady deals at the corridors of power. Knowing the Achilles’ heel of media houses, Sowore and his Sahara Reporters swore not to take adverts from politicians and the people in power, who may come today, bearing gifts and goodwill, and then hold you at ransom tomorrow by that same thing which they called a gift in the past. Since then, Sowore’s Sahara Reporters has flourished, serving as one of Nigeria’s foremost vocal and government-checking media houses.

The above is another side to Sowore’s activism and advocacy for good governance. But then, does there not come a time when a man leaves the armchair, dons his coverall, and gets to work on the faulty engine? Fulfillment comes through activism and advocacy, but the true advocate, at one time or the other in their life, feels the deep-rooted urge to call for change and get involved in the change-delivering process. 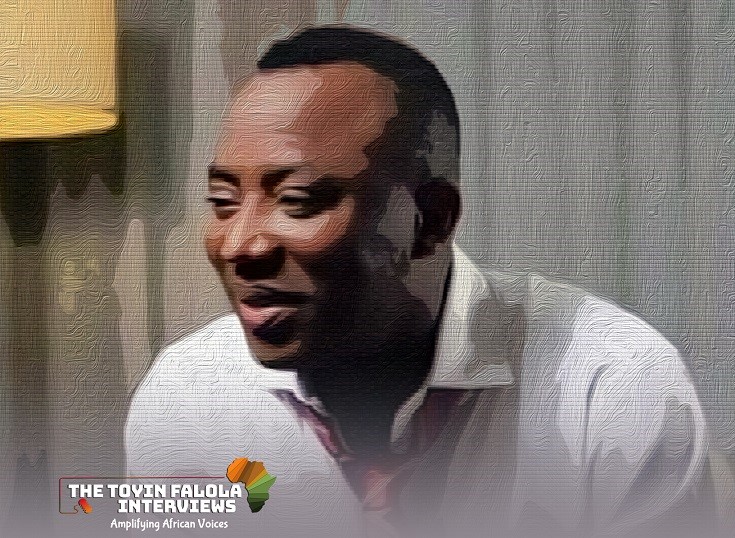 In 2019, Omoyele Sowore made the first official attempt to lead Nigeria as its president and steer its ship away from the troubling sea of corruption, disunity, and inter-ethnic hatred. He founded the African Action Congress (AAC) on the platform he contested in the 2019 election. Although Omoyele Sowore did not win the 2019 polls, his significant pull of votes made him rank among the top 10 contestants at the 2019 presidential polls. Factoring the absence of considerable party funding and structure, which corrupt but old parties like the APC and the PDP enjoy, Sowore’s performance at the 2019 presidential election is a pointer to the fact that the people are beginning to know him and recognize him as a force strong enough to lead the nation to its deliverance.

Unavoidably, advocates who desire to liberate the nation from corrupt leaders and internal strife will always face persecution. An activist or advocate who has not faced persecution needs to rethink their activism and advocacy. This is not a case of a sufferer’s mentality. The practice and deeds of activism and advocacy attract hatred and intimidation, especially from the ruling class. Such is the fate of those who choose to challenge the status quo. Should anyone doubt this, let them think of Ken Saro-Wiwa, Fela Anikulapo Kuti, Wole Soyinka, Gani Fawehinmi, and a host of other Nigerian activists and advocates. All these men were persecuted–incarcerated, tortured, and some were even killed. Another thing they have in common is that in the face of intense oppression, they never failed to speak and fight for the people’s rights.

Omoyele Sowore has faced similar persecutions in the hands of the government, not once, not twice. He was first incarcerated and tortured following a full-blown protest against the annulment of the 1993 presidential election. In recent times, he has faced persecutions that can best be summed up as the “Travails of Omoyele Sowore.” The Department of State Security arrested him in August 2019, following well-publicized plans of a nationwide RevolutionNow protest. At the heart of Sowore and his fellow protesters’ demands is a call for a system change in Nigeria. Anyone who has genuinely devoted time to study Nigeria and its problems would realize that the most feasible solution to the country’s problems is systemic change. However, in its usual repressive nature, the government clamped down on the RevolutionNow protesters and arrested Omoyele Sowore.

There was a surprising turn of events that soon brought the spotlight on the pseudo-democratic nature of Nigeria. Although Sowore was granted bail, the Department of State Police refused to release him. Two court orders for bail, yet he was not released. That incident proved that there are people above the law in Nigeria, among whom are the staffers at the Department of State Police. As to the confidence that fuels their disregard for the law, one may never know its source. Nonetheless, in the case of Sowore’s arrest, the Department proved that they could address court orders as they so wished. It took the protest of Mrs. Opeyemi Sowore, the Nigerian American wife of the activist, at the United Nations Plaza in New York, and the message passed to the world before Sowore was finally set free.

The arrest and detainment of the vanguard of the protest never for once deterred other protesters. The RevolutionNow Protests have since been held three times in the space of two years–in August 2019, August 2020, and October 2020. These protests have been held relentlessly, with the aim that they would get the government’s attention and drive for change. Cliché as it may seem, there is no gain without pain. This is indeed true for those who wish to bring about change. Change is never welcome; humans, by nature, are complacent. Change is disruptive, and hardly anyone likes disruption, especially if they are in power.

Omoyele Sowore is raw gold, currently passing through fire. There is every proof that he will come out unscathed but rather refined, polished, and fit for the occasion. Sowore’s advocacies and activism are proof that he is people-focused. He has seen beyond the often-preached financial deliverance, economic stability, transportation solutions, and other promises that other presidential hopefuls often make. He has preached systemic change because he has seen the trustworthy source of Nigeria’s problems.

Omoyele Sowore’s actions tell of one thing–he is the president Nigeria could have had two years ago, but we relegated him to the tenth position and gave the mandate to a man whose first term of office was not at all promising. Indeed, Sowore could have done better with his campaigns and publicity, as the grassroots matter a lot, and they are rarely ever reached, except by the two dominating parties in the country. The clock is ticking, and with each tick, 2023 gets closer than before. Relentless and daunting, Omoyele Sowore has again disclosed his intentions of contesting the nation’s presidential seat come 2023. What is the significance of Sowore’s return to the battlefield? What message do his protests and activism pass to us? This man has continually thrown himself in the face of government-manned attacks in a bid to call for change. What should we make of that? Who is Omoyele Sowore? What should we see him as?

On September 5, 2021, Omoyele Sowore will be our guest at the Toyin Falola Interviews, where he will shed light on several issues, his motivations, true intentions, thoughts about Nigeria and its problems, the best ways to solve the problem, and whom he thinks he is to Nigerians.  To listen to the ideas of this activist, do please join us on: