The Toyin Falola Interviews – A Conversation with Omoyele Sowore, Part 1

In today’s Nigeria, the subject of national “ideals” and “values” do not feature prominently in the national discourse on nation-building and the improvement of national life. Like nation-building, the subjects of patriotism, nationalism, and national values—justice, fairness, equity, equality, the supremacy of law, sanctity of life, respect for the rights of others—have also been banished to the realm of idealism, finding expression only in academic literature and election campaign rhetoric.

The focus of the discourse on nation-building has shifted more towards equipping Nigeria’s teeming youthful population with the economic skills—menial, scientific, and/or technological—that will enable them to become efficient wealth creators, which (expectedly) will propel the country out of poverty and underdevelopment. This financially acceptable solution is in itself a laudable idea. It can also be taken as a revelation of the grand scam being perpetrated against the Nigerian masses by its elite/leadership or the product of the prevailing self-perception by Nigerians as God’s chosen and favored people. However, the belief/presumption that such can be achieved in today’s (socially bankrupt, institutionally, and infrastructurally challenged) Nigeria amounts to pipe dreaming. Because no amount of investments towards economic upliftment can succeed without an enabling social environment based on deep nationalist values and outlook. The Buhari administration’s billion-dollar railway project to the Niger Republic amid infrastructural decay and budget-funding challenges in Nigeria will be a case in point.

Even the aspiration to revive national values and sentiments in today’s Nigeria has become too utopian, a laughable “Johnny Just Come” (JJC’s) sentiment/daydream. In time and nationalist fervour, today’s Nigeria is about a hundred or so odd years away from the days of the likes of Herbert Macaulay and his Nigerian National Democratic Party (NNDP) and the Nigerian Youth Movement (NYM) of the duo of Eyo Ita and Nnamdi Azikiwe. This era, which inspired a potent nationalistic sentiment amongst peoples of diverse ethnic and religious backgrounds, uniting them against a common enemy, colonialism, is arguably Nigeria’s best display of nationhood. Today’s Nigeria is a far cry from the days of the people-inspired policies of Obafemi Awolowo, epitomized in his free education for the inhabitants of the former Western Region.

Today’s Nigeria is the product of ethnicity-based national sociopolitical interactions that have produced a devastating civil war, series of military dictatorships, and other military-style civilian administrations. Today’s Nigeria is the outcome of leadership without respect for national values and prestige. It has entrenched patrimonialism and malfeasance, which is why today’s Nigerians have primarily lost faith in the country’s nationhood. This same Nigeria is now home to the politics of ethnic divisions and Nigerians living as formally recognized non-indigenes in sections of their country. This same Nigeria is also home to Omoyele Sowore, a figure who has become synonymous with the eternal struggle against the many ills characteristic of today’s Nigeria—oppression, suppression, poverty, destitution, disillusionment, and deprivation.

During his time (1989-1995) at the University of Lagos, where he studied Geography and Planning, Sowore became actively involved in civil society actions against the military regimes of Generals Babangida and Abacha. He was part of the 1989 students’ protest against the conditions for the $120 million International Monetary Fund (IMF) loan grant, which required that Nigeria reduced its universities from twenty-eight to five, and the June 12, 1991 elections annulment protests. Also, Sowore led 5000 students in protest against the government in 1992, during which some of the students were killed. In 1999, Sowore moved to New York, where he earned a Master’s degree in Public Administration from Columbia University in 2003. While there, he set up an independent online media company (Sahara Reporters) to provide a platform from whence he could continue his campaign against corrupt government activities in Nigeria. Sowore worked for a while as a lecturer at the City University of New York, able to double as a journalist-activist.

In an attempt to “walk the talk,” Sowore contested for the office of the Nigerian President in the February 2019 general elections. This was his way of bringing his vision for Nigeria to life by getting into a position of authority to implement his ideas. However, his inability to clinch that goal did not diminish his zeal to bring about transformation to the existence of the Nigerian people. In August of the same year, he announced his intentions to convene a nationwide protest titled #RevolutionNow, for which he was arrested and detained by the Department of State Services (DSS) under the directives of the Buhari administration. He was charged with conspiracy to commit treason and for insulting President Buhari. After ignoring several court rulings for Sowore’s release, he was finally granted bail in December 2019. 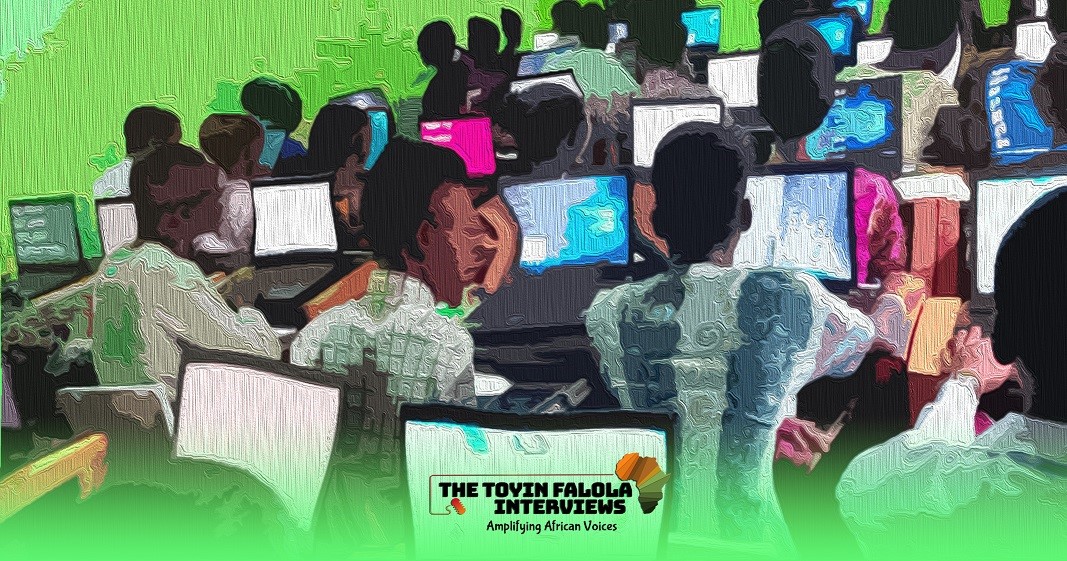 Since his arrest, detention, and release in 2019, Sowore has led and joined several protest actions against the Buhari-led administration, demanding democratic practices, civil rights, and good governance. In today’s Nigeria, he represents the nationalist spirit and the struggle for civil rights and liberties. His unrelenting doggedness in the pursuit of civil rights and good governance inspires and represents a citizen who demonstrates an appreciation for our national values, ideals, and prestige. His persistence in the face of persecution, which represents his belief in and commitment to the Nigerian nation, has not gone unnoticed even among circles that refuse to acknowledge its necessity, having given up all hope in the viability of our union/nation.

Building the ideal Nigerian nation requires a Sowore-type perception of and commitment to Nigeria. How many would risk a successful career to organize and lead the protests against tyranny and corrupt leadership in Nigeria? Whatever aspersions have been cast about his personality and motives, Sowore stands out amongst his peers as an outstanding civil rights crusader. To listen to the ideas of this activist, do please join us on:

The Toyin Falola Interviews – A Conversation With Molefi Asante, Part 3

The Toyin Falola Interviews – A Conversation With Omoyele Sowore, Part 4

Alliance in Gambia “As if Trump and Biden Are…