Several factors contribute to the condition a country or a state finds itself. These factors include the beliefs and values of a nation-state’s people, its economic strength, population, and government. One other seemingly less considered factor is a nation’s policy-making process. A nation-state can easily be defined by the policies it adopts. Policies are the guiding principles of actions. A government that does not have well-thought-out and impressive policies cannot have wonderful achievements to its name.

Policies concern every aspect of government, and an essential aspect of a nation’s policies is its ubiquitous nature. All sectors of a nation’s economy need policies to function. The financial life of a nation needs policies to survive. Even a nation-state’s relationships with its neighbors and other nation-states in the world need firm policies. Sadly, Nigeria has always been plagued with policy problems, which are broadly classified into two groups. First, there are poor policies. Second, there is a lack of implementation. Policies are expected to benefit the state and its citizens. However, Nigeria is riddled with policies that are not favorable to the citizens. These are policies that do not support the growth and development of the average citizen. Thus, we have a case of the nation implementing anti-citizen policies, which will be further addressed in this piece.

Nevertheless, there are well-planned policies itemized by teams of professionals, policies that are sure to sail and bring about change. Sadly, the government never works on actively bringing these policies to fruition. These are the policies that wallow in the mire of forgetfulness. The concerns of the peculiar problems confronting Nigeria, primarily as they concern policy-making, and policy implementation, were explored during the last edition of the Toyin Falola Interviews, featuring Dr. Obadiah Mailafia, who spoke on “Is Nigeria A Failing State?”

Having worked for years in a position that allowed him to be in close contact with the Nigerian policy-making process, Dr. Obadiah Mailafia had some insights to share into how the policy-making problem plagues Nigeria and its externally zoomed effects on the nation as a whole. He drew his analysis based on the Central Bank of Nigeria. Using the country’s apex monetary authority as an example, Dr. Mailafia proved that if an institution or a sector has firm policies, such an institution would be an outlier, even amid chaos.

Nigeria has always been beguiled with problems, even before the nation-state got its independence in 1960. Although things had not reached the abyss’ precipice as at then, the truth remains that there were traces of problems in the nation-state. However, the Central Bank of Nigeria stood tall as a bulwark of firm policies. History proves that the Nigerian Naira was stronger than the United States Dollar for close to 25 years after the country’s independence. The hard fall came in 1986 when one dollar was exchanged for two Naira. This is not to say that Nigeria had no problems within these twenty-five years. In fact, Nigeria had gone through a series of coup d’états before and during this period. There was ethnic bigotry and intense fights. As young as Nigeria was, there was high tension in the governance and governing processes.

Six years after the said independence, Nigeria had experienced its first coup d’état and the first significant threat to its peace and democracy. A year after that, ethnic tensions climaxed, and there was a civil war. Finally, three years after the bloody civil war, the country started rehabilitating and reuniting its citizens. The weight of these happenings, barely ten years after Nigeria’s independence, is worth considering. Any newly-born sovereign state would give in under the weight of these problems. It could be said that Nigeria gave in, but the Nigerian Naira did not, and the policies of the Central Bank of Nigeria are primarily to be credited for this. Since 1986, Nigeria has experienced a continuing fall in the value of its currency. And although this unending fall can be linked to several factors, the poorness of the policies operated in the country’s money house is chief among these factors.

Dr. Obadiah Mailafia listed patriotism as an essential factor that motivated staff members at the country’s Central Bank. As things are in Nigeria, the Central Bank sees to the formulation and implementation of fiscal and other monetary policies. The Central Bank of Nigeria was concerned about bringing to life policies that would help businesses thrive in the country. But what do we have in the Central Bank of Nigeria today? A house of brilliant minds but muddled plans, Dr. Mailafia concluded. The Naira keeps sliding down the ladder of value in the market. Nigeria’s currency currently trades in the range of 500 Naira to one dollar. How pathetic! The Ghanian currency has had more value than the Nigerian currency for years, and the francophone CFA is about leveling up. Gone were the days when only the British pound was more valuable than the Nigerian Naira. These woes can all be tied to the failure to formulate sound policies, mitigate bad policies, and implement the few existing good policies. 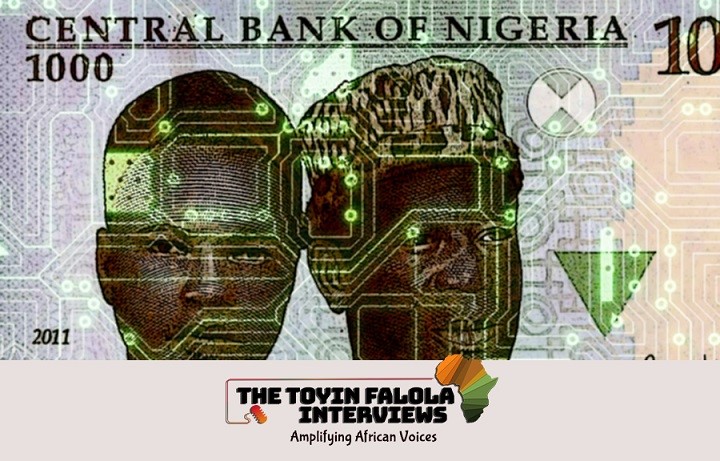 To Dr. Mailafia, what is happening in Nigeria is seemingly worse than has ever been seen. In a desperate and foolhardy attempt to salvage the Naira’s gyration towards the downward value slope, the Central Bank of Nigeria has embarked on a series of ill-advised moves. The nation’s Money House has barricaded forex sales to Bureau de Change operators in the past few weeks. It has further frozen the accounts of some fintech companies that help the average Nigerian trade forex. The affected fintech companies include Bamboo, RiseVest, Trove, and Chaka. As if these two moves are not enough, the bank has reiterated the limitations of microfinance banks, to which some new generation digital banks belong.

Fintech startups have been the face of hope for many average Nigerians in the past few months. The fluidity of the operations of these fintech startups has made wealth-making more accessible and possible for the average Nigerian. However, the new moves of the nation’s Central Bank have dashed the hopes of the people. Recall that some months back, the Central Bank of Nigeria also banned cryptocurrency and all forms of cryptocurrency trading. While some progressive countries adopt cryptocurrency, Nigeria has shut its eyes to novelty and innovation by banning it. In years to come, when the dividends of cryptocurrency and crypto-based transactions might have increased, and of course, when it would have become tougher to get into the system, Nigeria would wake up to the importance of blockchain technology and approve the use of cryptocurrency on its soil. Unfortunately, Nigeria is always late to good and positively impacting parties because of its myopic policies and the people at the helm of affairs.

A “failed state” does not suddenly become a failed state. It is not something that happens in some months or within a year. Instead, it is a build-up of decisions, actions, inactions, and misinformed policies. The case of the Central Bank of Nigeria is one, and it serves as a consideration point for the different sectors of the Nigerian economy and Nigerian life. A thorough probe of what was, a historiographical study of how things were and how things became what they are today, will ultimately prove that continually made decisions resulted in what is operant in present-day Nigeria.

(This is the third and final report on the interview with Dr. Obadiah Mailafia on August 15, 2021. Well-attended, the number of live audiences was 1.3 million on six platforms. For part of the transcripts, see Facebook: https://fb.watch/7q9qf8tqEd/ Or YouTube: https://youtu.be/vskrSktBGJY