Is Nigeria a Failing State?

In his paper titled “Weak States and Global Threats: Fact or Fiction?” Patrick Stewart elaborates on the relativity of the definition of state failure, seeing as state strength in itself is relative. State strength is often measured by any state’s ability and capability to supply the provisions by which good states are measured continually. Four essential provisions are physical security, incorruptible political institutions, a strong economy, and social welfare. Once a state falters in about three of these four, suffice to say that such a state is a failed one.

What is a Failed State?

There is no one-definition-suits-all for the term “failed state.” Some have defined it as a sovereign state whose government is incapable of providing citizens’ basic needs. Another popular definition describes a failed state as incapable of shielding its citizens from terrorism and other security issues. Thus, a failed state has lost a total or near-total grip on law and order, thereby endangering its citizens and threatening neighboring countries.

There are different states: the strong state, the weak state, the failed state, and the collapsed state. Strong states are marked by their ability and capability to provide virtually all the essential public goods. Such states have a government that respects the citizens, has good economic standing, has a low or nonexistent unemployment rate, caters to the security and protection of citizens, and provides them with access to public amenities such as potable water, good roads, and electricity. Concisely, a strong state has the ability and capability to meet the citizens’ most pertinent needs and combat their biggest fears in a way that makes them fully trust and have confidence in the state.

A weak state provides some and not all the essential public goods. Such a state is either about to lose or has already lost the battle of protecting the citizenry. In contrast, a failed state has lost the ability and capability to provide essential public goods for its citizens. It is corrupt, unsafe, economically degenerated, with leaders bereft of ideas on making things work. More so, a failed state is rocked by internal strife that threatens its continuance as one state. Failed states are so much unstable that they threaten the peace of states around them. Lastly, we have collapsed states. A collapsed state is an aggravated form of a failed state. All hopes have been lost in the government’s capacity to perform its most basic and essential functions in a collapsed state. Thus, the attention shifts to the private sector. Citizens look up to private institutions and companies to deliver them from a political apocalypse.

Primarily, states encounter failure because they are troubled with continued internal violence and strife, one which, in the long run, hinders the government’s ability to deliver positive political goods to the people. Such a government loses its bragging rights among the citizens, for what is a government if it fails in its capacity to cater for its nationals? With the loss of bragging rights comes widespread dissent and revolt from the people. When a government fails to provide for the citizens’ basic needs, the country’s people will regard the leaders as irresponsible and illegitimate.

Nigeria is a country that has been outfitted with severe cases of threatened sovereignty, economic fluctuations, unending internal strife, loss of faith in the government and governing process, general disappointment and dissent, political malaise, malignant corruption, but to mention a few. Insecurity is the order of the day in Nigeria. While it is true that the country has always been faced with problems since its inception, the intensity of these problems in recent times should be given some attention. First, let us take the state of physical security in Nigeria. Vanguard Nigeria made available the details of a kidnap-tracking report by SBM Intelligence. It is saddening to see the extent to which kidnapping has become commonplace in Nigeria.

In the first half of 2021 alone, an average of 13 persons was kidnapped daily, with the toll at about 2,371 people. Kidnapping has become the order of the day in Nigeria, another “hustle” for the scores of seemingly untouchable bandits. It is incredibly nonsensical to see that the government would instead enter negotiation talks with kidnappers than reinforce its security. What message does it send to other kidnappers when they see that abducting innocent schoolchildren is now the surest way to become overnight millionaires? There have also been reports of attacks on top military officers. About three have been attacked and killed on the highway in the past two to three months. Is it not scary to think of what chances at safety the average citizen has if top military officials could be attacked and murdered in broad daylight on federal roads?

There are continued coordinated attacks by Nigeria’s free-rein terrorist group, Boko Haram. The calamity sparked by the terrorist activities of the sect has displaced millions of Nigerians, and sadly, the number of displaced persons is on the rise. The 36th Report on Internally Displaced Persons shows a 1.6% increase in the number of displaced persons. Nigerians are losing their loved ones and valuable properties to the unending menace wrought by Boko Haram. Thousands of Nigerian soldiers have also been lost to the cause. The loss has been to both the citizens and the government–bombed fighter jets, attacked army barracks, village wipeouts, mass pillaging, the list is seemingly endless!

What about herdsmen attacks? Cows and their herders are now above the law, and continuous attacks on farmers and crops are given little to no attention by the federal government, leading to the revolt-Esque creation of security outfits by state governments. There is the Amotekun Group by southwestern states and the Ebube Agu by southeastern governors. The lack of attention to security issues was also the seed of divergent agitations by Sunday Igboho for the Yoruba nation. Igboho’s protests stemmed from the need to fend off kidnappers and herdsmen attacks in Igangan and other rural towns in Oyo State. His agitations shifted focus because the government failed to attend to the critical issue of security, leading to one of the attributes of a failed state–general outcry and dissent from the citizens.

The term “incorruptible political institutions” is so distant from Nigeria that it would sound ridiculous to try to expound on it. Has Nigeria ever had incorruptible political institutions? In the country, little attention is given to politics and governance beyond how one can benefit financially. It is more about staying in the game than keeping to personal convictions or jointly-held beliefs and ideologies. It is the reason cross-carpeting is commonplace in Nigeria. Politicians unashamedly join parties that they had once criticized for flawed political ideologies, structure, and plans so that they could stay in office. It is more about electioneering than governance in Nigeria. The moment someone gets elected to office, all their moves will be geared towards securing the next ticket and winning the next election. Misplaced foresight!

There are no firm institutions in Nigeria to teach the electorate’s power, the importance of political participation, and the necessity of accountability by public officials. There is no cohesive system to hold Nigerian political thinkers and active campaigners accountable. This makes it easy for public officials and elected government officials to perpetrate horrendous corruption-related crimes without answering to anyone or getting punished for their sins. Another ridiculous phenomenon making the waves in Nigeria is that innocent and arrested corrupt officials defecting to the ruling party to absolve their sins. A country with corrupt political institutions is porous, susceptible to unimaginable acts that have made the electorate lose faith in the government.

At this stage, the Nigerian economy is nothing to write home about. There is an increase in inflation and unemployment. The naira keeps falling like a weak-kneed aged creature, and Nigerians are seeking salvation in other countries, often called greener pastures. This is the deplorable state of the Nigerian economy. There is hardly any commodity that can be said to be locally produced. We import the littlest of things in the country! Nigerians’ problems are all tied to fundamental factors—the disregard, nonchalance, sheer wickedness, and greediness of those at the helm. There can be a drive for change only if those fully invested with powers and backed by all the laws are willing to bring about that change. Are they willing to? Instances have proven otherwise.

What is the state of Nigeria? Is it dangling at the precipice of failure? Is it already buried in the abyss of state failure? Is Nigeria far from failure? In the preceding paragraphs, I have achieved the aim of analyzing what state failure is. Beyond that, I also sought to present some qualities of a solid and standard state.

Furthermore, Nigeria and its conditions have been placed on the scale of the essential goods a state must possess to measure if Nigeria is a failed state or not. The questions we should be asking at this point are: Is Nigeria in a situation where the government has lost total control on the guarantee of security for lives and properties? Have things gotten worse to the extent that Nigeria’s unrests threaten the peace of its neighboring countries? Is Nigeria then a failing state?

Dr. Obadiah Mailafia will provide the answers to these questions on: 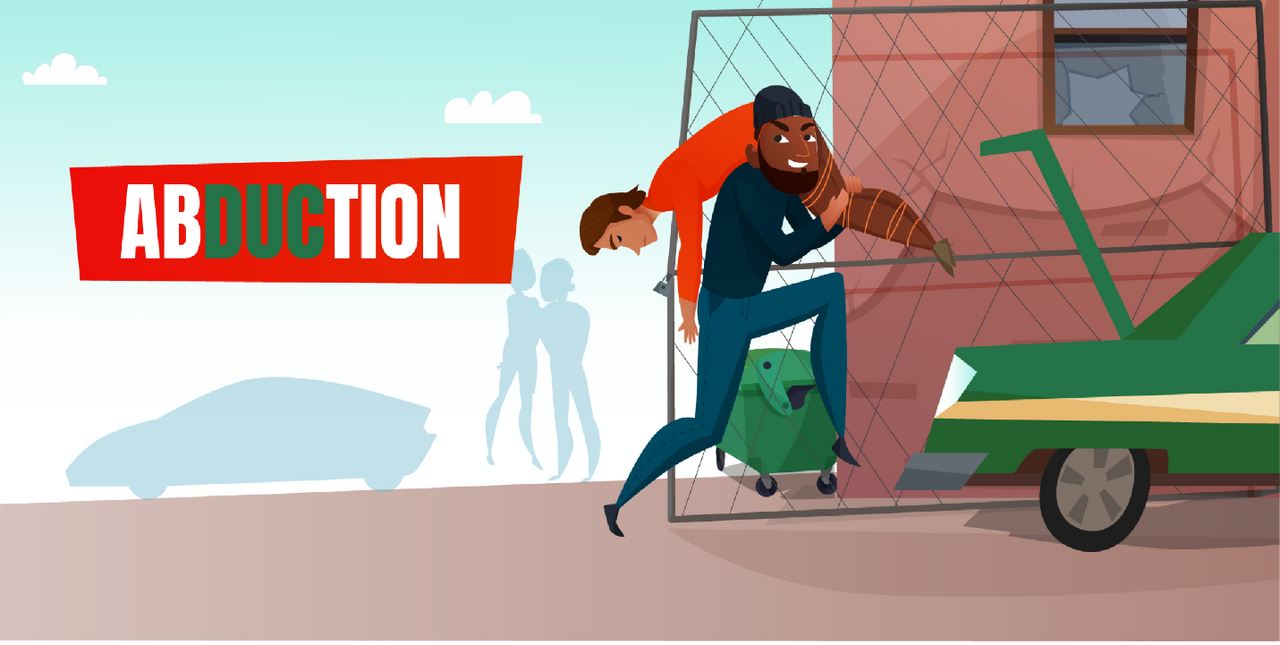